I’ve been quilting/sewing quite a bit lately…starting too many projects – eeks! I guess that’s the pitfall of all crafts – I did the same thing when knitting was my obsession. I think they call it the ‘shiny object syndrome’, I see something new or pretty and I just have to start.

So let’s get caught up:

I’ve finished block #2 for Amanda Rolfe’s “Quilt Along With Me” series – she uses the same fabric for all four blocks but in my haste to start I didn’t ensure that I had enough fabric to do the same so I’m making the four blocks with different but (hopefully) coordinating fabrics.

Block#2 all sewn together:

I’m still not convinced this is going to work out but I’m too stubborn to stop now!  And so tonight I cut all the pieces for block 3 and have them laid out waiting to be sewn together:

Last night I decided to take a break from these blocks and opened a charm pack I recently ordered from Missouri Star Quilt Co called Low Tide, as you might imagine it’s got a ocean-beachy feel. I laid them out on my ‘design bed’ in an order that was pleasing and took a picture to see if I really liked it: 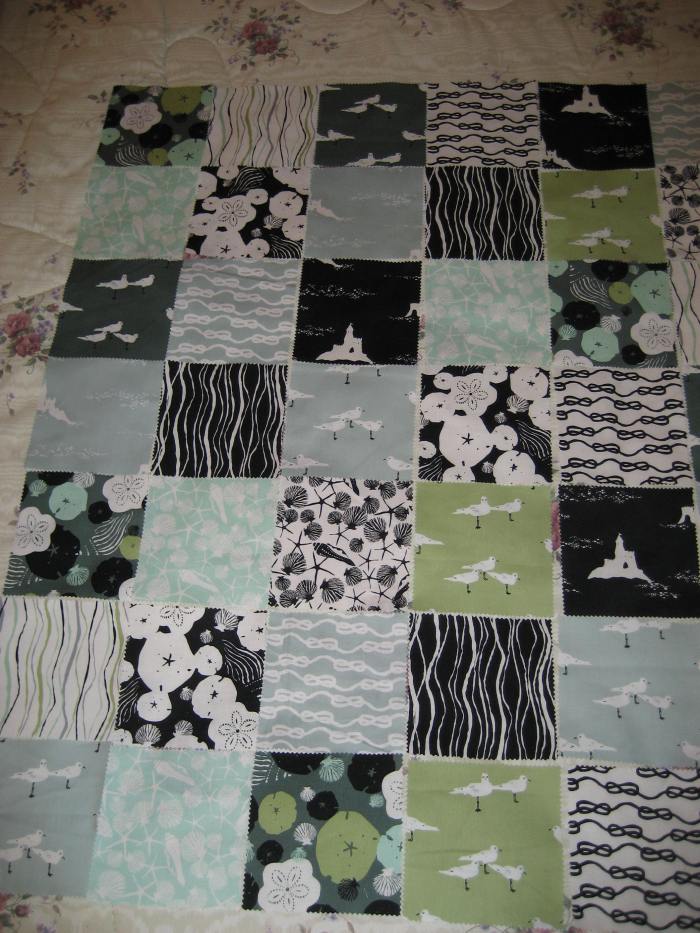 Although this isn’t a very good picture, you can probably see there are 7 rows of six squares. That would give me a top around 30×35 so now I’m trying to decide what I want to use for borders…any suggestions?

Lastly, I went for two runs this week:

3 miles on Wednesday – I didn’t get out to run until after work and by then it had warmed up quite a bit…I’m still not complaining! I was shooting for three miles and I didn’t stop until I reached it, however, I was pooped when I was done!

5 miles today: I was planning to do 6 miles and was hoping to get outside to do the run which makes the miles seem to go by more quickly…unfortunately Mother Nature had other plans because it rained all day. I thought about putting off the run until tomorrow but I was afraid if I did I wouldn’t get it done at all. So I hopped in the car and went to Anytime Fitness this morning and got on the treadmill. It really wasn’t as bad as I thought it would be…but my lack of consistency in training over the last month caught up with me and I just had to stop after 5 miles.

If I don’t feel too bad tomorrow morning, I’m going to try to do a couple more miles…we’ll see… 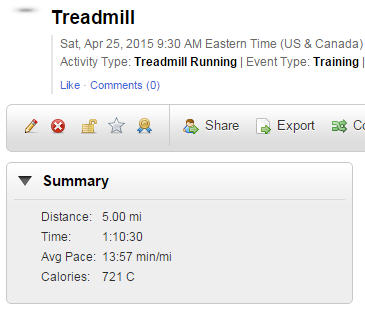 That’s about it for now…

2 thoughts on “Lots going on”

Being, Nothingness and 1000 quilt blocks